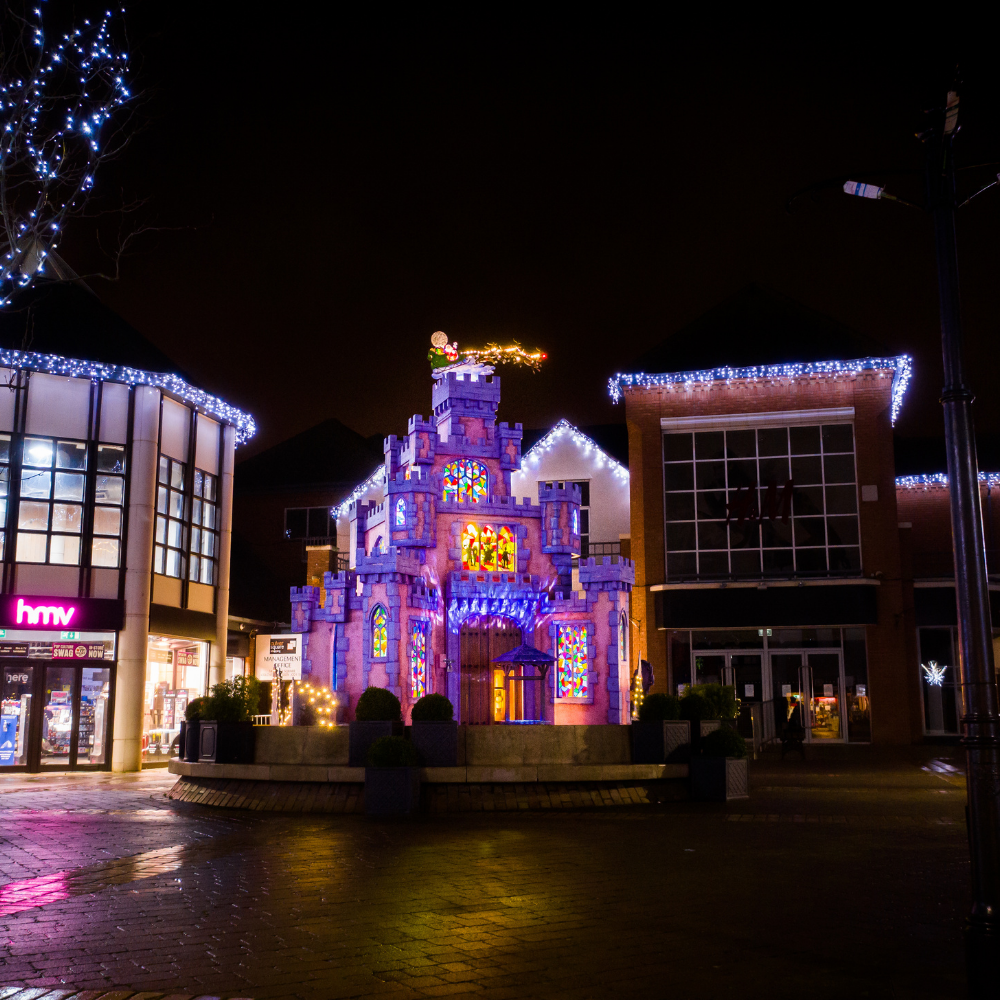 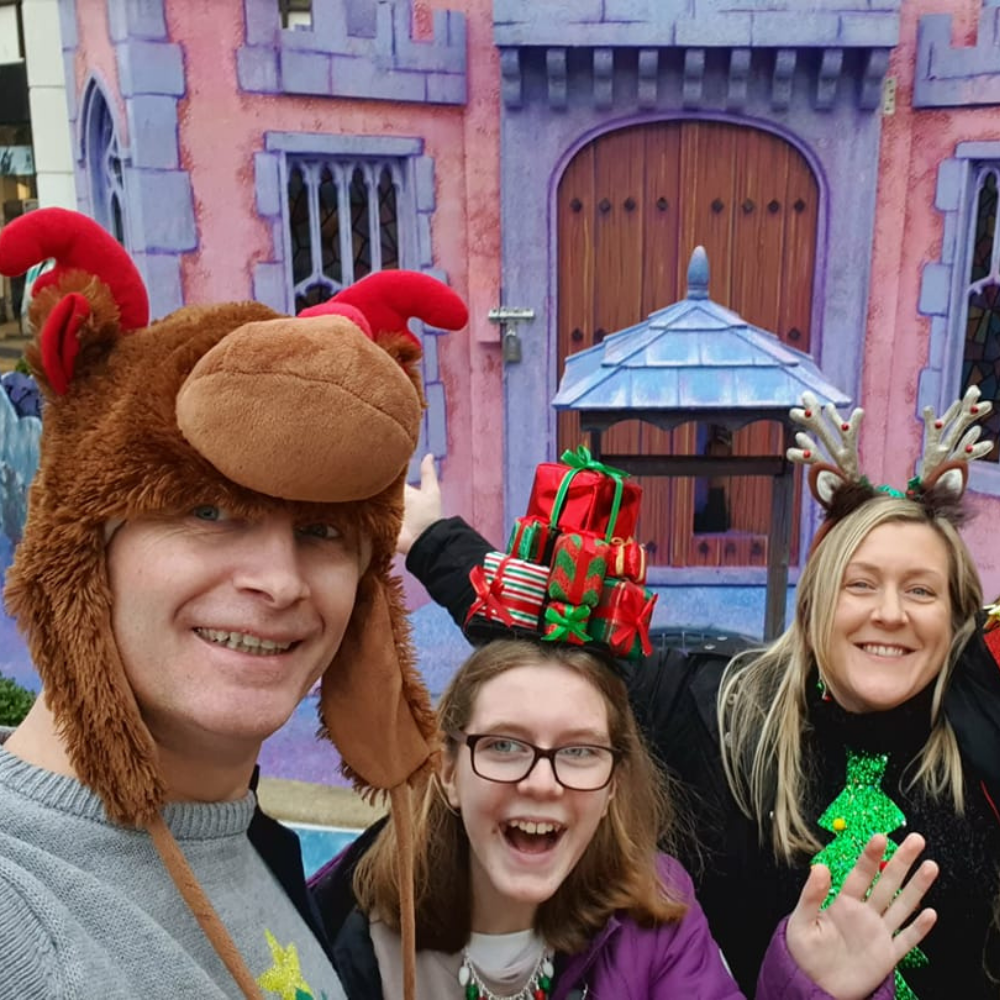 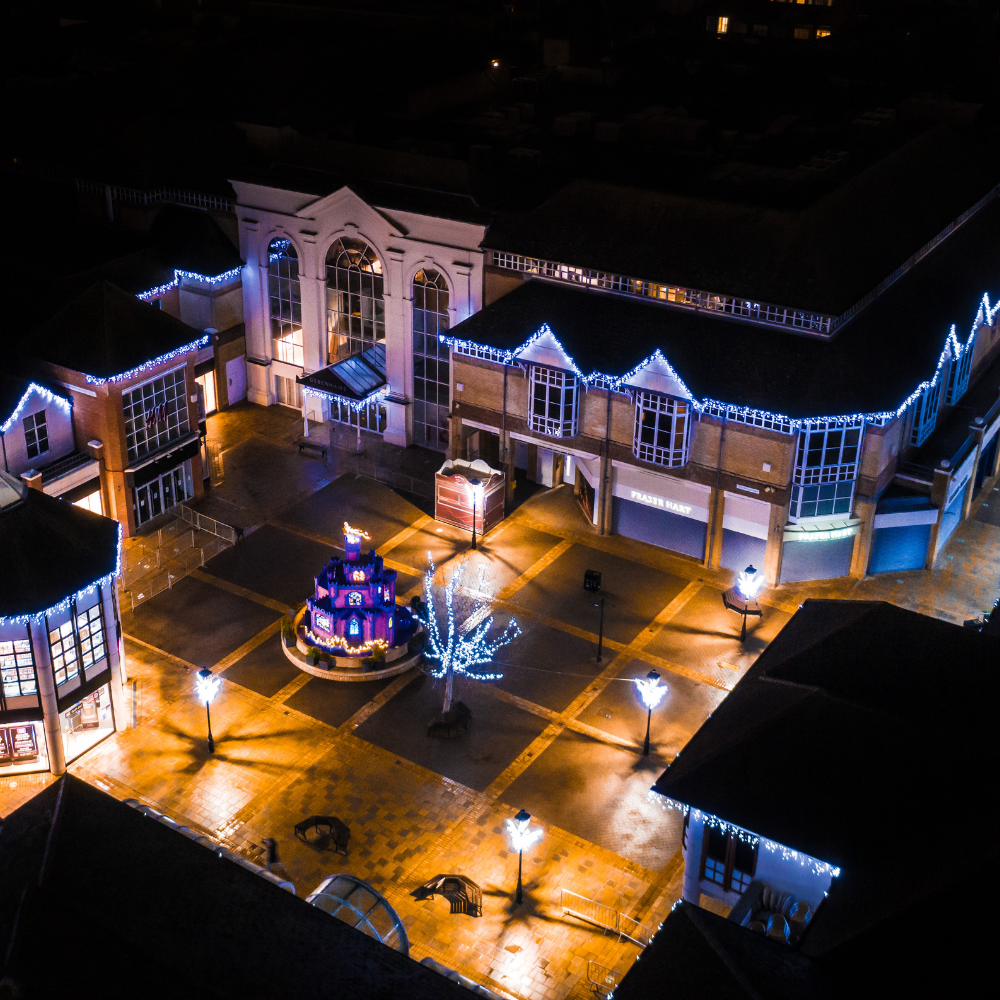 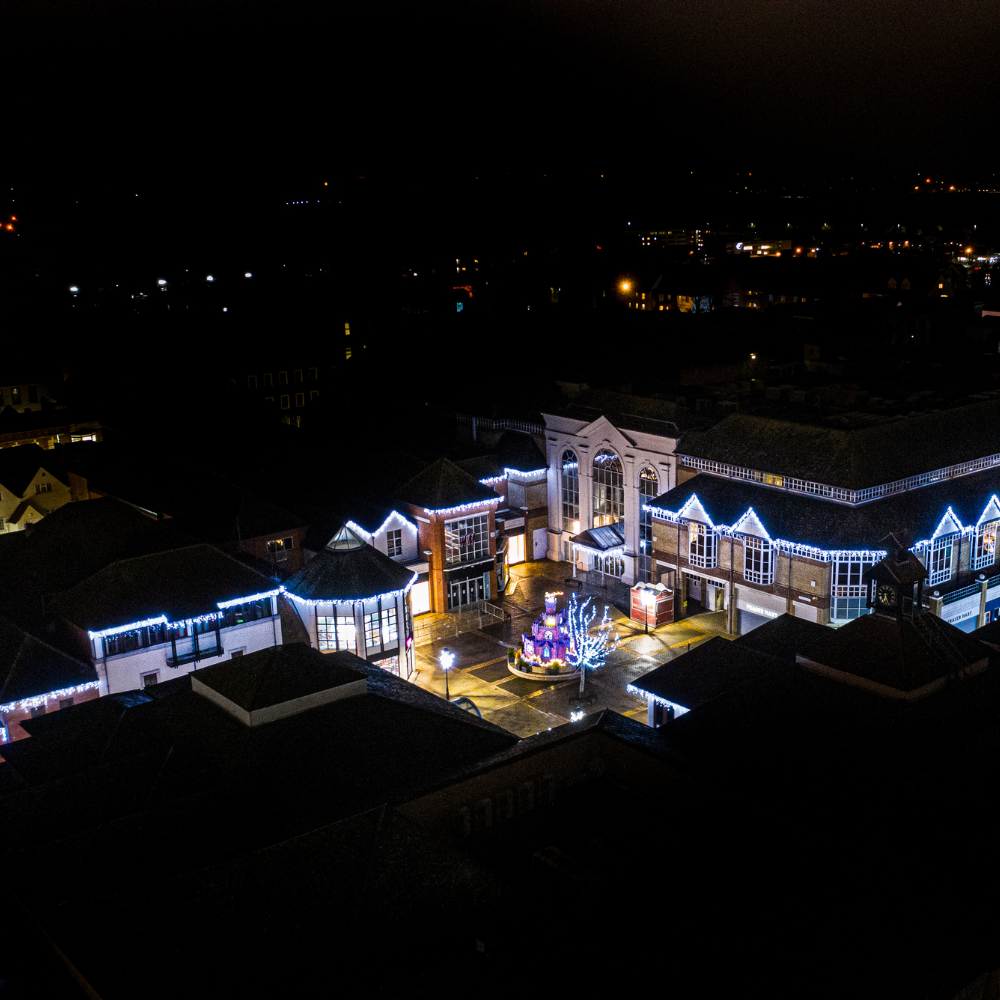 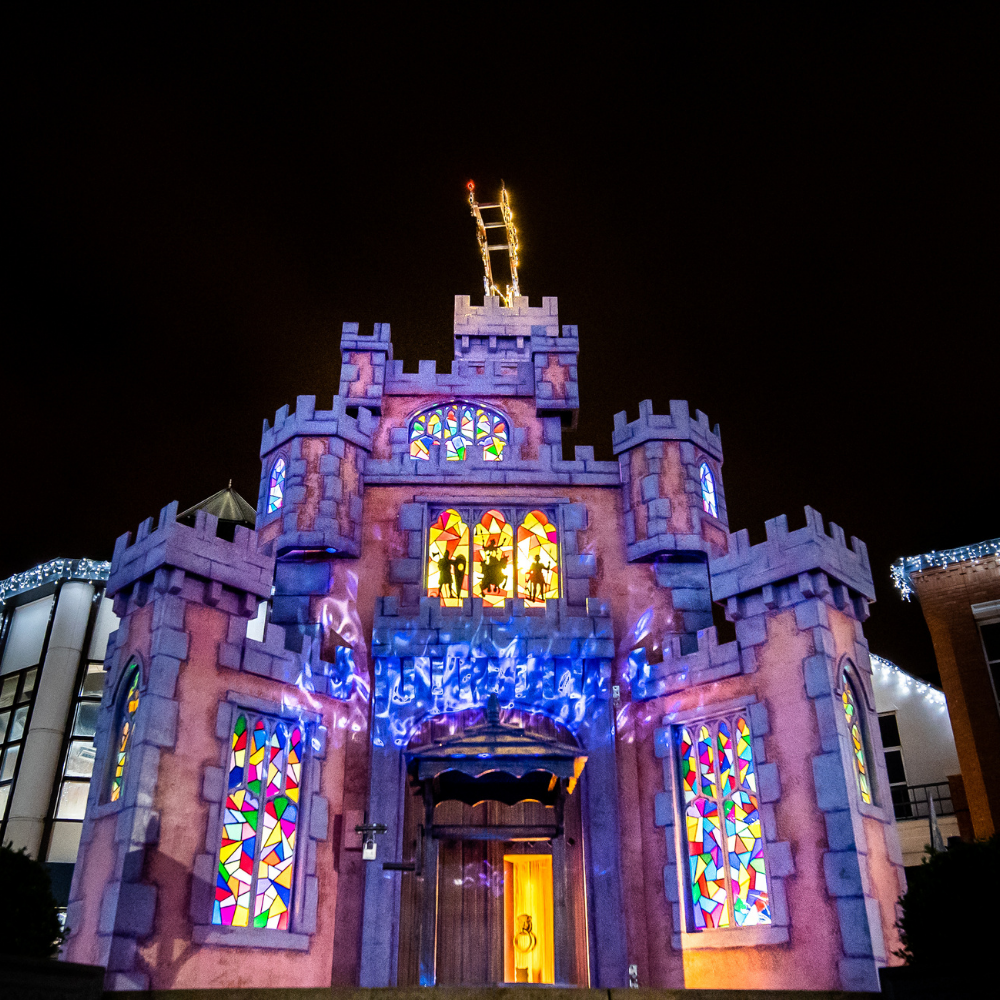 With Christmas 2020 being rather different to normal, the team at Culver Square shopping centre, in the heart of Colchester, wanted to provide shoppers with a COVID safe Christmas that put a much needed smile on customers faces and ensured that Culver Square was top of mind during the festive season.

‘Christmas in the Square’ was a campaign with various elements to entertain shoppers during the festive period with the star feature being a 6m Disney inspired magical Castle Christmas (click to watch) complete with Father Christmas and Rudolph!

The story behind the castle was particularly interesting and really showed the community spirit that is at the heart of everything that Culver Square does.

Due to the pandemic, the local theatre, Mercury Theatre, was temporarily closed and the staff there were facing an uncertain winter following with the announcement that the annual pantomime wouldn’t be unable to go ahead.  However, this project has kept the team of freelance set designers very busy!

But the magic didn’t stop there!  The centre might not have been able to host their annual Christmas Light Switch on, in the same format as normal, but that wasn’t going to stop them kick-starting Christmas with a bang and filling the Square with festive lights.  Instead of the usual physical event, the light switch on was filmed and shared on the centre’s digital channels so that everyone could enjoy it.

It was constructed using CNC precision technology, hand-craftsmanship and intricately painted by four members of the Mercury’s freelance workforce, led by Phillip Attwater, Head of Construction.

The top of the castle featured Father Christmas and his reindeer.

The detail that went into the castle was amazing and guaranteed a glittering welcome for visitors to the centre.

The planning for the castle took almost a year, with various stages of development and preparation for the Mercury team.

“We were delighted the Mercury was asked to play a part in this enchanting display for Colchester and to work together with the Culver Square management team for the benefit of the whole town.

We are extremely grateful that this opportunity has allowed us to offer our highly talented scenic team the opportunity to return to (socially-distanced) work.

Freelancers have really suffered throughout the pandemic and our industry cannot survive without them! This has led us to set up several initiatives to try and help, including a confidential Hardship Fund, and I am thrilled that together with our multi- talented team and production facilities, we have been able to make fairy tales come true for the people of Colchester this Christmas.”

The castle featured a wishing well that allowed visitors to throw a coin into the well and ‘make their dreams come true’.  All donations from the wishing well went to Mercury Theatre to support them during this difficult time for the entertainment industry. £200 was raised through the wishing well donations.

The centre might not have been able to host their annual Christmas Light Switch on, in the same format as normal, but that wasn’t going to stop them kick-starting Christmas with a bang and filling the Square with festive lights.

Instead of the usual physical event, the light switch on was filmed and shared on the centre’s digital channels so that everyone could enjoy it.  The Christmas Light Switch On (click to watch) video is hosted on our YouTube channel and was shared on the website and social media channels. The video was watched by 9,871 people.

In order to keep engagement levels high and to be able to reward visitors to the centre a selfie competition ran.   The competition launched when the shops re-opened their doors on the 2nd December. Visitors to the Square were asked to strike a pose in front of the magical Christmas Castle and share their pictures using #CastleintheSquare for the chance to win vouchers to spend in Culver Square stores! There were 3 chances to win – each prize as a bundle of gift vouchers worth £100 to spend #intheSquare!

The prizes were awarded as follows:

We partnered with Colchester BID to ensure that we were able to maximise on the in centre activity without spending too much. Christmas in the Square included the following elements: