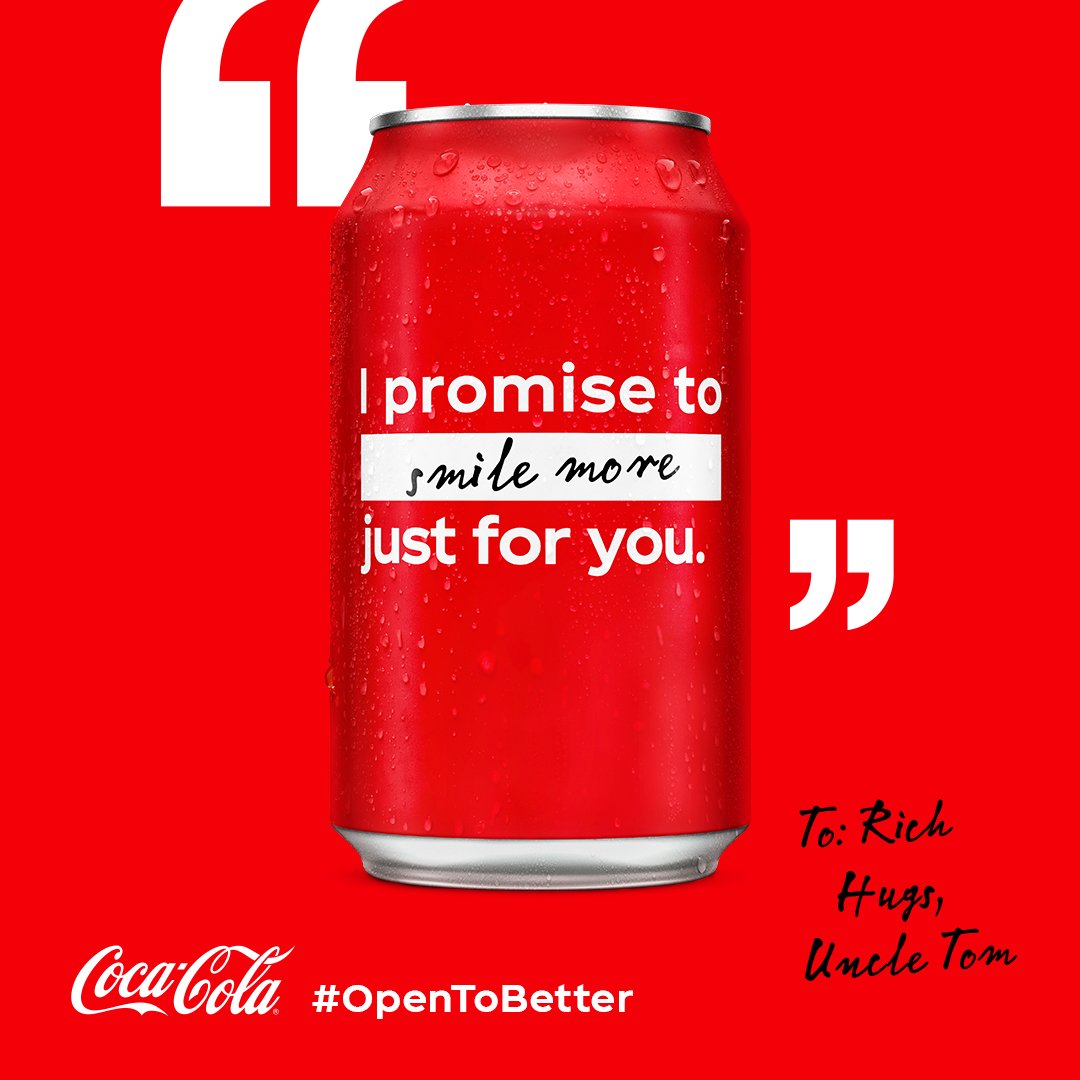 Coca-cola has launched a new campaign called ‘Open to Better’ with the aim of uplifting and inspiring people with resolutions to better embrace change and pledge to do things differently in 2021.

The campaign will see the iconic Coca‑Cola logo removed from packaging and replaced with a series of motivational resolutions such as “I will never take my friends for granted” and “You’re right, it’s time for me to take more breaks” (the latter a nice little head-nod to the 1994 “Diet Cola break” campaign).
Customers are able to buy these limited-edition ‘Open To Better’ cans of Coca‑Cola Original, Coca‑Cola zero sugar and Diet Coke in UK stores now. In addition to this, customers will also be able to buy personalised cans in the UK through Coca-cola’s online store! What better way to share positive and inspiring messages with your loved ones and friends?!
Going down the emotional route to connect with its customers and identifying the fact we haven’t been able to share very much at all with our friends and family in the last year, this campaign focuses on spreading some happiness and positivity for the year to come.